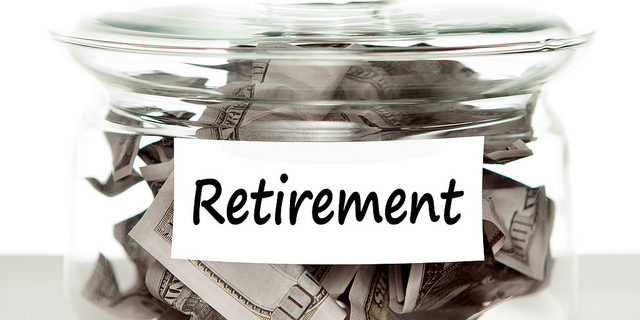 As Americans plan for retirement, one of the pillars of their financial plan is typically Social Security. Since the 1930s this program has been the social safety net ensuring that millions of retirees would not have to live in poverty but instead would have at least some level of steady income, adjusted for inflation. But as this article from Motley Fool warns, many approaching retirement are over-estimating how much “security” Social Security will provide, and their complacency could derail their dreams of a secure retirement.

In the article, reporter Christy Bieber writes, “Over one-third of current workers today believe Social Security will be a major source of income during retirement. Unfortunately, those who believe their primary income will come from this benefits program could be setting themselves up for financial disaster.” Her Motley Fool article cites a study from the National Institute on Retirement Security (NIRS) which found that those households where most of the income comes from Social Security are much more likely to be poor compared with those who have multiple sources of retirement income.

We took a look at the study which was done earlier in 2020, titled “Examining the Nest Egg: The Sources of Retirement Income for Older Americans.” It’s long, at 45 pages, and filled with data, but the authors’ thoughts on Social Security were clear. “Social Security has a very important and powerful role to play in preventing elder poverty,” they wrote, “but Social Security alone is not enough to provide a secure retirement, even though the largest share of older households only receive income from Social Security.”  In the view of these experts, one of the top policy priorities for helping retirees should be “protecting, strengthening, and expanding Social Security.”

The NIRS survey strongly cautioned against over-reliance on Social Security. “The findings of this report support the argument for a three-legged stool of retirement savings: the more sources of retirement income a household has, the more total retirement income they are likely to have.”  For the authors, the “three legs of the stool” are Social Security, a defined benefit pension plan, and income from individual savings. The Motley Fool article makes the same point: “If Social Security makes up the bulk of your income, you’re much more likely to not have enough,” Bieber writes.

In examining the NIRS study, Motley Fool determined that the degree to which a retiree is reliant on Social Security plays a significant role in how financially stressed someone turns to be. “While the vast majority of senior retirees get at least some income from Social Security,” the article points out, “there are striking differences between the percentages of income these benefits account for when comparing high- and low-income households.”

Is Social Security Enough? The Answer May Lie in How Much You Rely On It

Motley Fool compared retired men with incomes of $80,000 or more against men with incomes at the other end of the scale – under $20,000. For the average upper income man, roughly one-quarter of his income came from Social Security, versus nearly two-thirds for the retirees in low income households. The figures for women were similar, except that low-income women received an even higher percentage of their income from Social Security – 75 percent.

What about folks at other income levels? “For those in the middle,” the article explains, “there was still a clear correlation between relying more on Social Security and having a lower income.” The figures quoted by Motley Fool look like this:

Is Social Security Enough? There May Be More to the Answer

The Motley Fool article mentions that, with the average Social Security benefit in 2020 at barely over $1,500, it’s no surprise that over-reliance on this program can leave retirees in the lurch. “Even for those who get more than the average, Social Security benefits are only designed to replace around 40 percent of pre-retirement income. They simply aren’t designed to provide you with enough to live a comfortable life in your later years without additional funds.” The piece concludes with the traditional prescription: save more, start planning earlier, and (we would add) look for ways to generate income with part-time work or other gigs.

But another tool at the disposal of future retirees is to delay taking Social Security as long as possible. With benefits rising roughly 8 percent per year from age 62 to 70, the strategy of delaying benefits can make the difference between financial scarcity and relative security. This is one of many reasons why the sooner you sit down with a qualified, objective financial planner and prepare a financial dashboard to guide your decisions, the better off you’ll be. Contact us at Life Point Law to get any of your Social Security questions answered.